The 2022 Legislative session has now come to an end and it has certainly been an extremely busy one.  As the matter of fact, during this short 60-day session, Senators introduced 560 bills and 239 of them passed out of the chamber.  For comparison, this is almost identical to the number of bills passed during the much longer, 105-day session last year.

In early January, I had the opportunity to give the Republican response to the governor’s State of the State speech.  In that speech I outlined three main goals. In short, they include restoring public safety, lowering the cost of living, and ensuring your voice is heard in Olympia. Today, I’d like to give a quick update on how those efforts fared this session.

During the 2021 legislative session, the legislature passed a number of police reform bills that precluded law enforcement from properly performing their duties. Today, I am able to report the legislature addressed two of the three major concerns.

Less than Lethal Tools: House Bill 1719 Allows our officers to once again be able to use less than lethal tools such as bean bag rounds to control situations and apprehend suspects without having to resort to higher levels of force. This bill has been signed by the governor and is now law.

Use of Force: House Bills 1735 and 2037 clarify confusion from last year regarding situations in which a law enforcement officer can use physical force. Use of force is a last resort, but a necessary tool for our officers to keep our communities safe. This also allows law enforcement to once again connect people experiencing mental crisis with a mental health provider before they hurt themselves or others.

Vehicular Pursuit: Another bill, Senate Bill 5919 would have allowed officers to once again engage in vehicle pursuit when they have probable cause rather than the higher standard of reasonable suspicion. Senate Republicans tried every method possible to pass this crucial bill to allow law enforcement to pursue suspected criminals. All Democrats voted to not consider debating this bill – except for one Senate Democrat, who refused to vote at all. The people of Washington want safer communities and by not enacting this legislation, we are putting them at risk.

Lower the cost of living:

The Proposal: During my response to the governor, I noted our record-breaking budget surplus and recommended four ways in which we could reduce your tax burden without making any cuts to services. The four proposals included:

The Result: Despite a $15 billion budget surplus, majority Democrats did not offer much in the way of tax relief. They did offer a very small tax break for credit card processing companies, film-making organizations, and a bit of relief for small businesses from the B&O tax, but not much more. Even though these are small, I did support each effort to bring relief.

The capital gains income tax was recently ruled as unconstitutional by a Douglas County Superior Court judge. I believe this decision will be appealed to the Supreme Court, so stay tuned to see what happens next!

Finally, the legislature did not repeal the Long-Term Care Payroll tax. It was simply delayed for 18 months. This tax is still looming in the distance so don’t forget!

I was very hopeful that Democrats and Republicans would come together this year to have a serious discussion on emergency powers reform. You have certainly let me know that bringing balance back to Olympia is a priority and we worked every possible avenue to make it happen.  In the end, the legislature failed to pass any bill that would provide meaningful reform. I will not give up and am certain this will be on the agenda again next year. 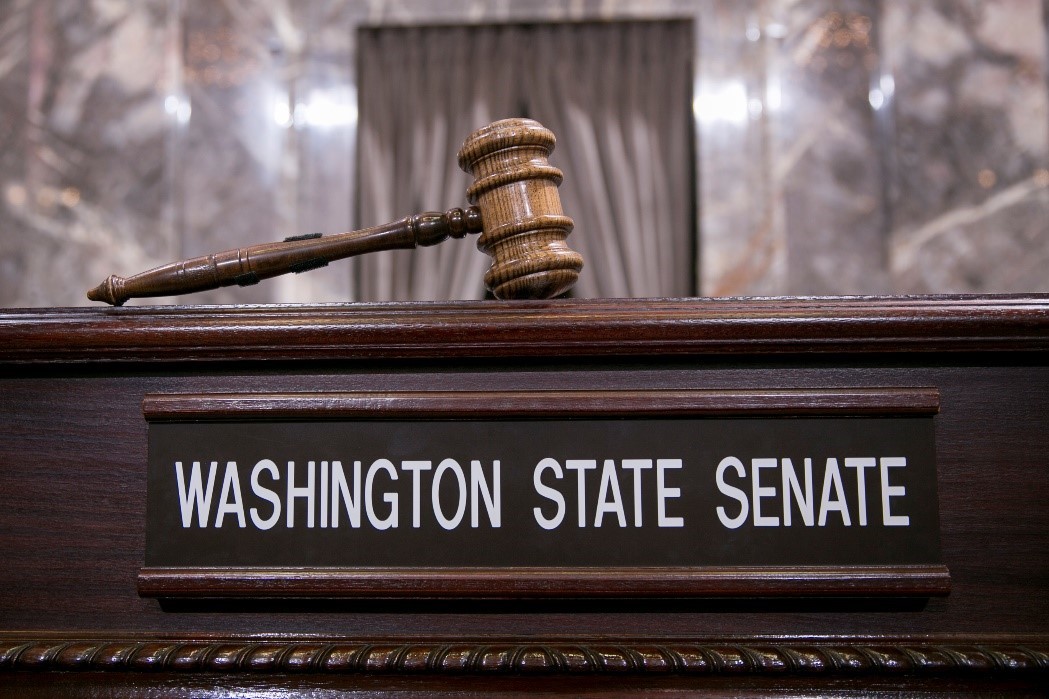 As many of you may know, my name is Lukas, and I am Senator Gildon’s intern for the 2022 legislative session. While our short session wraps up, I reflect on how insightful working with Senator Gildon and his Legislative Assistant Caylin has been. I was able to get a behind the scenes look at how government works. Whether it be tracking bills, sitting in on constituent meetings, or note taking for committee hearings, it was always an exciting new perspective to learn. The internship program was a really awesome and nurturing experience in which we got to hear from all kinds of speakers. For example: we met with Governor Inslee, Attorney General Bob Ferguson, and Supreme Court Justice Yu. A once in a lifetime opportunity to have a discussion with high-ranking government officials. I would really recommend anyone interested in public service to apply! It’s been a great session and I’m excited to see what the future holds.

I am here to serve you!

While this legislative session has come to an end, please remember that I serve you year-round. If you have any questions or concerns regarding your state government, please reach out to my office by phone at (253) 840-4523 or by email at Chris.Gildon@leg.wa.gov.